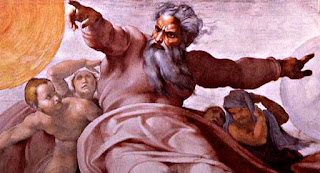 Here is the scene.

The family is in the small front room of the house. The mess of opening the Christmas presents is still evident and the kids have already settled down contentedly to various electronic gifts and their parents are on the couch, watching some holiday programming on the television.  In every way, this is a typical Christmas evening aftermath in many working-class American homes.

Suddenly, the front door bursts off its hinges with a forceful kick and a black-garbed man steps over the threshold, pulling a shotgun into the front room with a motion that pumps the weapon for use.

Everything becomes a blur and it is as if time slows down. There is swift movement regardless, a bit of a scuffle at the wreck of where the door once stood, and bodies slam into a wall with a cracking sound that might be breaking drywall.  There is a blast from the shotgun.

Time snaps back into place and everyone's ears are ringing and there is the distinct smell of gunpowder.  One man is crumpled across the threshold, half in the room and half out on the front stoop. There are wisps of smoke from some buckshot that smolders from the carpet nearby, everything being clean otherwise.

The weapon is still in the grip of the hand that fired it, though it didn't do the bearer himself much good, never aimed at any potential victim.  The black shirt of the man splayed in and out of the house has been blown up to reveal the pale belly that doesn't rise or fall.

The man of the house, dressed in little more than flannel pajamas and loafers, stands over the body of the fallen, his face still scowling with anger and his frame still shaking at the intruder whose neck he just broke and the nearly threw out of his family home like a ragdoll.  His children are wide-eyed and his wife is slack-jawed - This man had never hurt anything and now he had taken a life and no one knew what they felt at that moment somewhere between gratitude and horror.

I have endeavored for quite a while to give what I see as a more honest and true depiction of the Lord Jesus Christ, based on scriptures drawn from the Book of Mormon and the Old and New Testaments. It seems that many people have a feminized and "huggy-kissy" teddy-bear view of Jesus, but my reading has provided me with an often different portrait and expectation from the Jehovah of the children of Israel and the man who took on himself the punishment for all repented sins.

I hope the scene above is a bit jarring - does the common ideal of Christ bear any resemblance to the father of the home?  If your Jesus could never do the act depicted, you may need to reconsider your expectation of God.

The end times are coming on us and many scriptures tell of the destruction of the wicked, a destruction that Jesus Christ himself will order and carry out. Far too many people think that they are not among the "wicked" or that Jesus will simply let most wrongdoing and commandment-breaking go unpunished because he is so loving.  Christ gave even the most basic laws - the Ten Commandments - to Moses and too many people ignore those basic laws with a variety of excuses.  We must never forget that the Lord loves and prospers the obedient and those who "repent" and turn to obedience, but the state of the wicked who don't obey will be very terrible indeed as mentioned in many scriptures, often conveniently left unread.

It has been a mission of mine to warn others of the oft-discounted prophecies of the vengeful God that is coming to make things right.  Here is yet another example from revelation from the Lord himself given to Joseph Smith:

74 For when the Lord shall appear he shall be terrible unto them, that fear may seize upon them, and they shall stand afar off and tremble.

75 And all nations shall be afraid because of the terror of the Lord, and the power of his might. Even so. Amen.

If, with all the years allotted to us, we choose not to learn the commandments (you probably know them just fine, even with so many efforts to tear them up and out of courthouses and such) and work to be obedient to them, we should expect promised punishment and have the terror, fear, trembling, and more fear and terror at the coming of the Lord and his power.  I don't know many stronger words to say how the disobedient and unrepentant will feel when Jesus comes.

Everyone wants a Jesus that never punishes anyone and is loving to a fault, but that is not the Lord Jesus Christ from the scriptures. Prophets say that he will come and, like the man of the house in my little scene, he will not flinch at executing the justice that a lifetime of unrepented sinning justifies.  Far better to repent and turn to obedience and avoid the terror that awaits the wicked and enjoy the love and peace of the Lord!